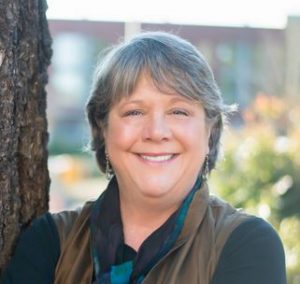 Kim comes to WPG with a deep base of land use experience.  She served as an elected councilmember on the Redmond WA City Council for 11 years.  She also served 2 terms as a planning commissioner and chaired the Council’s Planning and Public Works Committee.  She is a current member of the Kitsap County Planning Commission.  Her political experience has been fundamental to obtaining successful telecommunications code amendments in several states.

Kim’s land use and political experience has been tapped to introduce small cell technology to jurisdictions in Washington, Oregon and California on behalf of industry clients.  She also specializes in actively representing applicants at hearings with complicated land use issues and intense public opposition to arrive at solutions that lead to approval.  Kim strives to build lasting relationships with planning staff, planning commissions and elected officials to initiate and advance code amendments to address industry problems and streamline the permitting process for her clients.

Before joining the Wireless Policy Group, Kim served as a land use hearing examiner for cities and counties throughout the Puget Sound region, rendering land use decisions in hundreds of varied land use entitlements and appeals.  She also provided hands on training for planners on hearing presentation skills, case law updates and annual reports to elected officials.